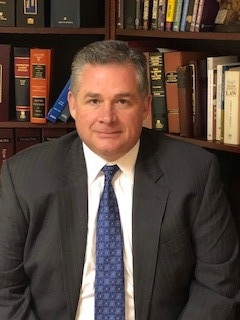 Vincent D. Finnegan, Esq. began his legal career in 1994 at the law firm of Koster Brady and Nagler, where he was responsible for all matters regarding civil litigation, including medical malpractice, personal injury, premises liability, as well as commercial litigation in both Federal and State Courts. Thereafter, in 2004, Mr. Finnegan became a Partner and Managing Attorney for the Long Island office, responsible for all office operations, personnel, and management of cases originating in the Long Island region. Mr. Finnegan continued to represent clients involving personal injury, medical malpractice, commercial litigation and premises liability in both State and Federal Courts. He also represented physicians in administrative proceedings throughout the course of his career. Mr. Finnegan is admitted to practice law before the Courts of the State of New York, and the Eastern District of New York. He was also previously appointed as a Special Referee in the New York State Courts related to foreclosure matters. Mr. Finnegan received a Bachelor of Science degree in Business Administration from Stonehill College in North Easton, Massachusetts, in 1989 and a Juris Doctor degree from Thomas M. Cooley Law School, in 1993. He also obtained a degree from the University College Dublin; Dublin, Ireland in 1987. Mr. Finnegan has successfully handled numerous trials to verdict throughout the Courts of the State of New York, obtaining favorable results which includes cases successfully argued before the Appellate Division in the New York Appellate Courts.